Home Air What Do The Different Lights On An Airplane Exit Sign Actually Mean... 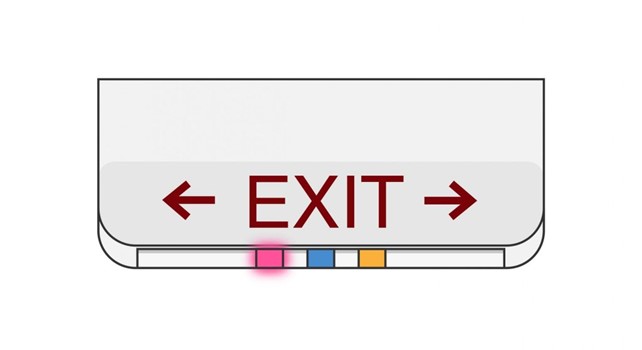 You’ve probably heard of some of the secret ways that flight attendants communicate with one another and those methods often involve a system of coloured lights that are normally positioned just under the exit signs on most modern aircraft.

The official name for the strip of coloured lights is the ‘Area Call Panel’ or ACP although sometimes they are referred to as the ‘Attendant Call Panel’ because they signify different calls only meant for flight attendants.

ACP’s have been in use for many decades now but very little has changed in all those years, although there are a few minor variations between different types of aircraft, as well as a few quirks between Boeing and Airbus.

The main purpose of the ACP is to give flight attendants a visual indication that someone is trying to call them or that something has happened that requires their attention. The different lights indicate whether the call has come from the passenger cabin, a lavatory or another flight attendant station. 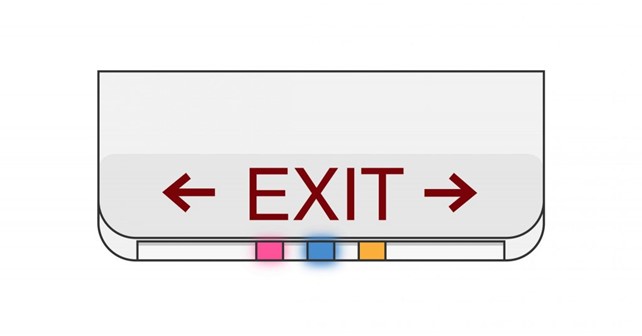 This is probably the most seen light on the ACP as a steady blue light indicates that a passenger has pressed their call button. Sometimes there will be two blue lights – one on either side of the ACP to indicate which side of the cabin the call has been initiated from. The blue light will remain on until every call light has been switched off, although on many aircraft call lights for the entire cabin can be reset at the touch of a single button.

The orange or amber light signifies that the call is coming from a lavatory and it can mean one of two things.

On some aircraft, instead of a pink light, the attendant call light might be green, while a red light will signify a call from the flight deck.

Although the ACP is very visible, it’s just one way of several different ways that flight attendants are alerted to what is going on. Depending on the aircraft, there could be a flight attendant panel (FAP) that has a whole array of additional information available to flight attendants.

Boycot of Trump hotels on the way