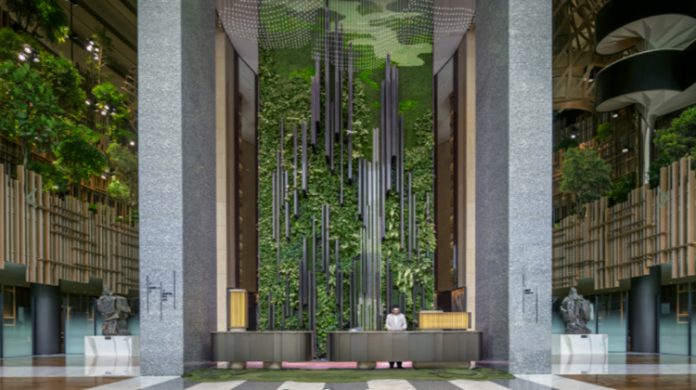 The PARKROYAL COLLECTION hotels incorporate energy-saving and energy-generating features, including solar panels, double-glazed glass, motion sensors and food digestors to help reduce waste. PARKROYAL COLLECTION Marina Bay also has water-filtered taps in guestrooms, which is estimated to save 360,000 plastic bottles a year, while PARKROYAL COLLECTION Pickering has a rain-water harvesting system which collects 6,000 cubic metres of water a year to irrigate the gardens.