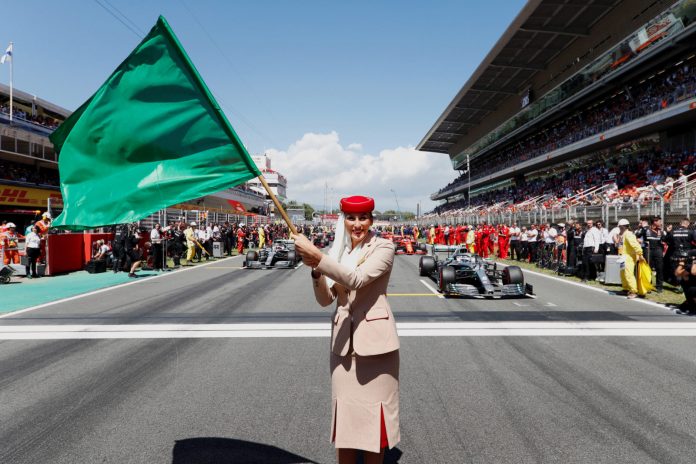 Qatar Airways has reportedly outbid regional rival Emirates in securing the rights to become the new official airline sponsor of Formula 1. According to Sports Business, the Doha-based airline is expected to make an announcement alongside F1 bosses ahead of the Bahrain Grand Prix, which kicks off the 2023 racing season in early March.

Several months ago, it was previously reported that Emirates had lost the rights to sponsor F1 races around the world after the sport’s owners, Liberty Media Corporation, demanded the Dubai-based carrier double the amount it paid for the sponsorship rights in 2018.

It has been widely reported that an unnamed airline had agreed to Liberty Media’s demands of a $50 million fee for a five-year sponsorship deal. That airline is now believed to be Qatar Airways.

Emirates’ iconic red branding has become synonymous with F1 races since the airline first started sponsoring the sport back in 2013, but that branding could soon turn burgundy if the reports are to be believed.

Along with trackside banners and other prominent advertising opportunities, Qatar Airways will get the opportunity to host high-spending guests at the Paddock Club and fans in interactive engagement zones.

Qatar Airways has been slowly building up its portfolio of sports sponsorships, the most notable of which is as the official partner and airline of FIFA. Nonetheless, Qatar’s sports sponsorship activities aren’t a patch of Emirates’ extensive list of partnerships.

Of course, securing the rights to F1 would prove to be a massive coup for Qatar Airways.

Tourism set to return to pre-pandemic leves in some region in...